Trump's Infrastructure Plan: What's In It for Water? 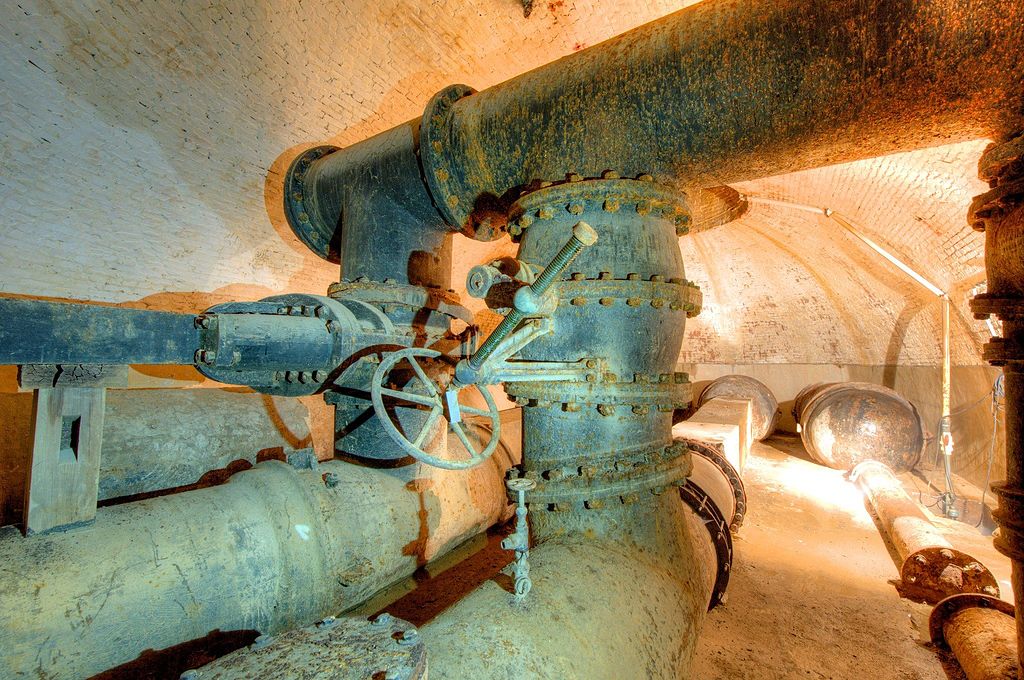 Much US water infrastructure, such as this Washington Aqueduct pipeline, has been enhanced, expanded and upgraded over the decades. Online since 1864, it still delivers water to DC residents. The American Society of Civil Engineers estimates repairs to the US water system at $1 trillion. Photo/WLM 2016
Policy

The Trump Administration has laid out a 53-page legislative outline for infrastructure investment. The proposal calls for turning $200 billion in direct federal spending into $1.5 trillion of investment in US infrastructure by leveraging state and local funding and private investment (4 to 1 ratio).

The plan may have limited help for modernizing the water infrastructure. According to the latest “infrastructure report card” released by the American Society of Civil Engineers, water systems are among the worst sectors in the condition of US infrastructure. Drinking water systems rated a D, while wastewater systems earned a D-plus. Pipes laid in the mid-20th century are old and reaching the end of their useful life — an estimated 240,000 water main breaks per year waste more than two trillion gallons of drinking water. The report estimates the cost of repairs at $1 trillion ― an amount that consumes five times the entire federal share of the Trump administration’s proposed infrastructure plan. Projects that will get priority will be those with significant private investment, and water projects typically do not have the returns of transportation projects (e.g. toll-based roads, tunnels and bridges). Furthermore, existing rural water infrastructure and water investments in Puget Sound, Great Lakes and Chesapeake Bay are likely to take significant hits because of growing budget deficits.

Key Components of the Trump Plan

• Infrastructure Incentives Program ($100 billion) A competitive grant program for projects is administered by the US Department of Transportation (DOT), US Environmental Protection Agency (EPA) and the US Army Corps of Engineers. The federal share is capped at 20 percent per project, and no state can receive more than 10 percent of the $100 billion.

• Transformative Projects Program ($20 billion) Bold, innovative and transformative infrastructure projects considered too risky for private sector investment. The US Department of Commerce would oversee this program and eligibility would include all uses of infrastructure as well as “commercial space.”

Other features of the plan include shortening the time and an expense of federal permits by concurrent agency reviews. The goal is to cut federal permitting time from five to 10 years to two years, with one agency taking the lead on evaluating a project. Regarding workforce training, the plan calls for Pell Grants to be used for short-term credentials from community colleges and on-the-job training. The plan also suggests that the federal government should be selling more assets such as the Bonneville Power Administration to state, local or private entities.

How the Administration’s plan would be paid for remains unclear.  Among the ideas, the US Chamber of Commerce has proposed increasing the federal gas tax, which hasn't gone up since 1993, to raise $394 billion over 10 years.

The nation has under-invested in water infrastructure and allowed it to deteriorate to a second-rate status in the world. Increased attention to infrastructure by the Administration and legislators is a positive development. But a consensus has yet to emerge as to funding needs and agreement on the roles of the private sector and levels of government. In the meantime, Washington State should not wait to address challenges in urban and rural stormwater runoff, leaky pipes, cleanup of waterways, industrial wastewater, sewage overflows, green infrastructure and resiliency approaches to the risks of extreme weather, cyberattacks and damaging earthquakes. State and local regulations, rather than federal ones, often contribute to delays and they should be streamlined and made timelier. Privatizing water operations may be an option in some cases, however, this paradigm raises considerations about customer rates at a time water affordability is a growing concern.

PureBlue will be tracking developments in infrastructure legislation and funding. We will be analyzing how innovative public policies, new technologies and public-private partnerships might offer viable pathways forward. PureBlue will be engaging with stakeholders and experts in Washington State and across North America and sharing our thoughts on better water data and a one-water ecosystems system service model.